A Tribute to George Dale

We were very saddened to learn in late March that legendary book designer George Dale had passed away. A tremendous talent and a towering figure in the community, George will be greatly missed. Here friends and colleagues Bob Sessions and Tony Palmer share their memories of this remarkable man and his influential career.

George Edward Dale was much more than an award-winning book designer. For over thirty years, he was an integral part of the Penguin publishing team: a designer who was just as interested in what was in the book as to how it should look. So much so, that when Penguin was briefly without a publisher, George was asked to step into that role, which he did with his customary modesty and intelligence.

Some people thought George was a bit of a grouch – and he certainly did not waste words. But beneath that slightly shy and composed exterior there was a very kind and thoughtful human being – someone who these days might be called a good social citizen.

From the 1970s, hardly a book was produced at Penguin Australia that George did not have a hand in. I had the pleasure and good fortune of hiring George (part time) after he was recommended to me by the Dean of the Design School at Preston School of Technology, where George was teaching. As our list grew, we were able to persuade George to give up teaching and join Penguin full-time. As the list grew, he began to hire designers, and became Chief Designer, then Art Director. He was a wonderful mentor to younger designers in all sorts of forums.

There was a period when Penguin had design studios in two places: the Ringwood head office, and a separate office for illustrated books in South Yarra. George was responsible for the design output in both places, and for a while we never knew where George was (he was often in transit, in the days before mobile phones, and with the odd ‘working lunch’ thrown in) and it got to the stage where we were missing his presence. One of the designers had the bright idea of creating a life-size dummy of George (complete with beard in those days) and when this was propped up at his drawing board, people were sometimes reassured and sometimes just confused.

Michael Leunig has been a Penguin author since the 1970s and Michael and George had a close working relationship. Michael remembers George for his calmness and ‘consistency’. They were both appalled by what was happening in the world, and each found their own way of expressing it. When Michael was around, George became ever more the philosopher. Michael says he never found George to be ‘tricky’. 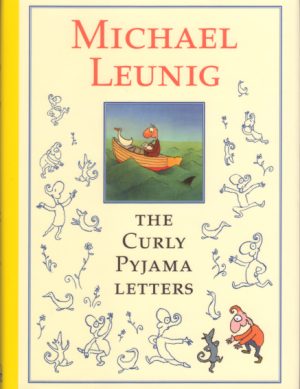 George presided in a design sense over Penguin’s gradual move from being a publisher of paperbacks, to publishing hardbacks and, increasingly, illustrated hardbacks. He also developed a creative working relationship with the children’s author, Paul Jennings, with whom he came up with illustrated novels, books with ‘double covers’ and all sorts of finishes and cut-outs. Paul and George delighted in pushing the design boundaries — Paul would be the first to say that George made a significant contribution to his huge success.

In recent years, George had been able to pull back a bit from his Penguin responsibilities and spend more time in his garden at Ferny Creek, in the Dandenong Hills, where he and his wife Lou, had painstakingly created a home which could double as an art gallery, and a garden that reflects George’s passion for everything that is alive and beautiful.

George died in March this year from a series of medical complications, leaving behind a close-knit family and Lou, his wife, who showed great braveness, love and dedication as George’s health deteriorated.

George was inducted into the Australian Book Design Hall of Fame in 2003. His design legacy will live on in the more than 2000 books he designed in his long and celebrated career, and through the many designers he mentored.

The Designer and Mentor

George Dale worked as a book designer when times were very different and the nuances of business more subtle. Contracts were often confirmed by a mere nod of the head and handshake, schedules and budgets were strictly contained among the heads of production managers, and creative ideas passed effortlessly from colleague to colleague despite the confines of their professional disciplines.

George was good at that world. He knew the way things worked, and they suited him. His day-to-day design traded heavily on the friendships he built, as well as the solidity of his reputation. These two qualities opened doors for him, and kept them open, allowing him to forge career-long collaborations with authors like Paul Jennings and Michael Leunig. In this way he became a kind of designer behind the creator. Invisible to a large extent, but indispensable, and I doubt he would have wanted it any other way. Looking back, I’m amazed at how quickly those publications took form when he worked. I’m pretty sure most of the design was done in his head, long before he sat down at the drawing desk or mac. Typography, layout, illustrative style – everything – it all seemed to be just at his fingertips when he started the assembly of the page and the subsequent design choices he made were always directed with absolute confidence, clarity and purpose. Even today, I still admire the light and virtually undetectable way type surrounds illustrations within his page grids.

For a long period George Dale played a key part in cementing the integrity of the Penguin brand. In fact, to someone like George there was really no clear separation between brand and the individual working under its banner. George taught me this, and so much more on a professional level, but of course he was also a friend. There was always time for a chat, and time for discretely offered advice when things were difficult. His death is a sad loss.